Sheet layout for packaging & labels Plato is a powerful tool for the creation of print-ready layouts for the packaging and label industries.

SHEET LAYOUT FOR PACKAGING AND LABELS

Plato is a powerful tool for the creation of print-ready layouts for the packaging and label industries. It is the production gateway between the prepress department and the press-room.

Users who benefit most include narrow web label printers, flexible packaging converters and folding carton offset printers. In each of these production environments, Plato adds control and reduces cost by bringing optimum plate layout in-house. For packaging trade shops that supply final plates or film as their core competencies, Plato brings extreme flexibility and quality to the workflow. 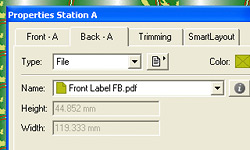 POWERLAYOUT
PowerLayout is a powerful module for the creation of print-ready layouts for the label and flexible packaging industries. It adds control and reduces errors and cost by bringing optimal plate layout in-house. Working with templates that can even include marks is just one possibility to reduce prepress time.

A growing number of labels and packages are printed on both the outside and inside. PowerLayout allows to automatically create the layout of the back, and keeps the front and back side dynamically in sync. 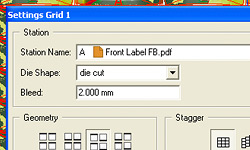 POWERSTEPPER
Flawless automated plate layout is ensured with the PowerStepper module, through clever CAD import. Native ArtiosCAD manufacturing files, CFF2 and DDES are supported. The usage of available layout information of the die manufacturing file guaranties perfect match of cut and print. The graphics are locked to the die to prevent unwanted changes 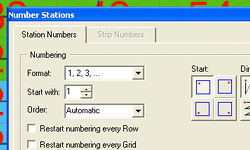 POWEROPTIMIZER
This module for automatic distribution of labels will always come up with the best possible sheet layout: one that minimizes waste and overruns. It provides feedback about suggested layouts based on the desired run length, or based on the maximum waste on the total sheet and the maximum allowed overrun per label.

- Plato provides a robust set of automatic and interactive tools to create even the most complex step-and-repeat arrangements.
- Plato comes with Adobe’s PostScript and PDF libraries to import jobs from any source.
- An on-board trapping module adds flexibility and independency to your plate-room production.
- The export to PostScript and PDF functionality guarantees flawless export to any output device in the market. 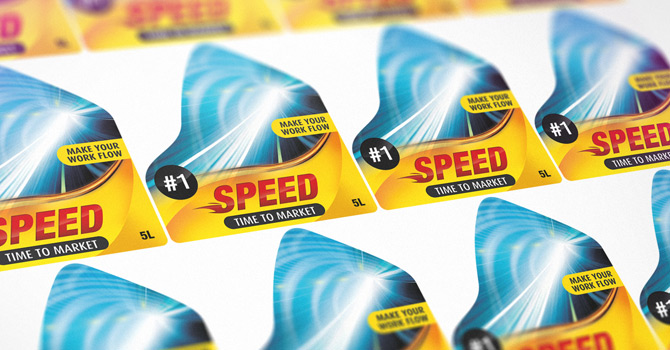 INPUT FROM ANY SOURCE, OUTPUT TO ANY DEVICE
With the Adobe® PostScript® and PDF libraries on board, Plato imports data coming from any design application and exports to any CtF, CtP or proofing system in your configuration. Layer support provides immediate feedback about diecuts, the trapping layers, SmartMarks, barcodes and inks and their properties.

DIE-BASED MASKING FOR GRAPHICS
To define non-printing areas and to mask out unwanted areas of the graphic design, Plato’s automatic masking tools allow the user to exclude specific panels from a mask and to create a mask from a 1-up die outline.

PLATE-BASED MASK ADJUSTMENT
SmartFlaps™ allow you to adjust overlapping graphic masks intelligently on the plate. It suggests the best masking, which the user can fine-tune. Once a decision is made, it is applied to all similar mask occurrences over the entire plate.

BACK LAYOUT CREATION
A growing number of packages and labels are printed both outside and inside and only Plato SmartFlips creates the layout of the back, with precise back to front alignment.

AUTOMATIC CREATION OF PRINT PRODUCTION CONTROLS
SmartMarks automatically create print production controls such as color bars, sheet corner marks, and trim marks. SmartMarks continue to demonstrate their production value with added functionality, allowing TextMarks to use for example XMP data. They are dynamic and adapt automatically to changes in your job.

VARNISH BLANKET CREATION
With Plato’s import tools for CAD files, the creation of Varnish Blanket separations becomes a highly automated task: no need to tediously redraw the varnish areas on the plate.

STATION NUMBERING
Plato inserts a placeholder for the Station Number – the position on the sheet. The placeholder specifies attributes such as position, font, size and the ink(s) in which the number is to be printed. Choose from 16 predefined numeral schemes, or interactively specify the order. Not only can each station be numbered, also the different pieces of board waste after diecutting can be uniquely identified to maximize efficiency of your post-print quality check. These placeholders can be defined in ArtioCAD as well, and imported in Plato.

EXPORT TO JDF
Support for JDF export out of Plato improves the connection of your plate-room operation to your business process, based on industry standard workflow automation concepts.

QUICKSTEP COMPATIBILITY
For QuickStep users, Plato 7 is an easy and logical next step in the upgrade path as it is fully compatible with GRQ files. The repetition formulae from QuickStep can be further edited with Plato’s Grid Based tools.

USE CENTRALIZED COLOR DATA IN PLATO
We already share files, fonts, images and production specifications. We also need to share the critical color information that goes along with the brands and packaging.

Use the same color information in ArtPro, PackEdge, Plato, but also in Adobe® Illustrator® and Adobe® Photoshop®. The goal is to create an environment of color predictability, allowing us to make the necessary color critical decisions anywhere in the supply chain. See also the Color Engine.

POWEROPTIMIZER (SMARTLAYOUT)
The estimation module will fill a given page size with a minimum of waste. The operator is presented a range of possible sheet layouts with immediate feedback about the waste percentage and overrun, based on the desired quantities of each individual one-up. The Layout algorithms are finetuned for guillotine finishing workflows, thus dramatically reducing the risk of human error. Extremely productive in large format offset or gravure label workflows.

POWERTRAPPER
Trapping artwork according to defined specifications is time intensive. It also requires highly professional skills. With PowerTrapper, your artwork can be trapped in seconds using the best-in-class trapping algorithm that can trap linework, text, gradients and images. As all traps are placed on a separate layer, your artwork is never touched. With the very intuitive user interface, trap modifications can be made in a blink of an eye.

POWERSTEPPER
This module for Plato makes the step and repeat based on the CAD data (MFG, CF2, DDES, Vellum CAD), guaranteeing the alignment of the printed sheet and the die cut. Bleed can be calculated based on rules and station numbers can be added in one click.

STUDIO DESIGNER
View your file in 3D and extend the quality control features of Plato. Check if the graphics match the structural design. 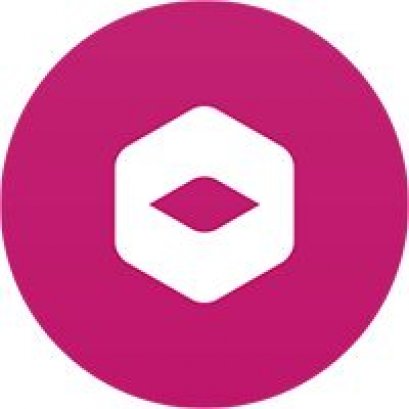